This blog is a part of an on-going series called “Life at Arcana” where we give you a sneak peak into the work and lives of our team. We have our front-end developer Shrinath Prabhu in the latest edition of the series where he talks about getting into web3, how he discovered Arcana, and offers advice for budding devs looking to venture into web3, among other things. Read on.

How did you discover Arcana?

Back in 2020, I was looking for a job change, and around the same time, I also happened to watch a documentary called “The Social Dilemma” which spoke about how tech giants were capturing all of the data to use it for manipulating us and our behavior. After watching that movie, I gained immense interest in data privacy and products that better respected user privacy. While looking for jobs, I didn’t specifically look to get into web3 per se. I used to search for employment opportunities across platforms such as LinkedIn, Cutshort, and AngelList.

Dissatisfied with the offers I was getting, I put a pause on my job search and did a few projects that I showcased on my GitHub. Main focus of these projects was around data privacy (as I implemented practices such as not capturing user information by asking for logins, for instance). Doing these project earned me several, better offers. But I still kept looking, and ended up stumbling upon Newfang (now Arcana). I applied, heard back from our CEO and co-founder Mayur Relekar, got through an interview, and spoke to the key team members before being welcomed onto the team. So in summary, that’s how my web3 journey with Arcana began.

What do you do as the front-end developer at Arcana?

As the front-end dev at Arcana, I am responsible for converting designs (created by our Design team) and wireframes of a usable app, and then wire it with the backend, SDKs, and blockchain. In simpler terms, it could be said that I’m involved with building all the websites and microsites Arcana Network has. I would also occasionally contribute to other front-end projects on Arcana surrounding the web wallet or demo apps by reviewing the front-end code and providing my inputs where needed.

At Arcana, I’m majorly involved in contributing to the frontend. So my day starts at 10 am IST with a daily standup, where we provide our updates on what we worked the previous day, what we are going to work today and discuss blockers if any. Post that I take a short break of around 10-15 minutes. After that I start looking at my board and start sorting tasks based on priority. I start by picking up high priority tasks. If I get blocked somewhere or if I’m having dependency on someone, I reach out to the respective person or team. I mostly wrap up my work day around 5 pm IST and spend the rest of the day doing everything else.

What is something you like the most about working at Arcana?

There are many things I like about working at Arcana, and the ones that stand out the most to me include – the scope to learn something new often, personal and professional growth, remote-first culture, and flat hierarchy.

With Arcana, I learnt about a number of new things that make me a better developer and professional at the end of the day. And these learnings don’t stop at just web3; I also get to learn about front-end stuff, better coding practices, and more. In retrospect, it is fair to say that I have improved immensely after joining Arcana.

The flat hierarchy and remote-first culture of Arcana honestly make life simpler. Having no bosses and the freedom to reach out to just about anybody, and most importantly, a team that is always open for feedback (both positive and negative) is something that I am very happy about. And lastly, the freedom to work from anywhere and at any time helps me be the most productive.  So yeah, those were some things I like about working at Arcana.

Any word of advice for front-end devs looking for opportunities in web3?

Web3 is a rapidly evolving space and you’ll have endless opportunities and possibilities. For a frontend developer, I’d advise to keep the basics strong like HTML, CSS and Javascript. You don’t need to know any fancy frameworks to enter into web3 or any space, though a basic knowledge of any modern frontend framework would not harm. Having some basic understanding of web3 itself is enough to land you your dream job at a web3 company.

That's all we had to share from Shrinath's experiences working with Arcana. You can find our older "Life & Work at Arcana" posts here:

If you're looking to work at Arcana or would like to learn about the opportunities we currently have open, head to our careers page– https://arcana.network/careers/

Built for Ethereum and EVM-based chains, Arcana is the web3 infrastructure to easily onboard dApp users and enable user data privacy and ownership. Web3 developers use Arcana’s SDKs for a seamless, familiar user onboarding experience via social authentication and passwordless login. All user data is encrypted, secured with data access fully controlled by the users, and powered by blockchain.

Arcana has raised 2.7Mn USD from some of the leading investors and founders in the ecosystem such as Balaji Srinivasan, Founders of Polygon, Woodstock, Republic Crypto, and Digital Currency Group.

Want to know more about our latest testnet features? Book a demo.

Insights from a Web3 Startup’s Design Process– An Interview Ft. Our Design Team

6 Reasons Developers Should Make the Leap to Web3

Naga Pramod
Jun 3, 2022
We are happy to introduce you to the Co-Founder of Arcana Network, Aravindh Kumar, an experienced entrepreneur, product manager and mentor. His passion is building products in SaaS and blockchain,…
Life at Arcana
members 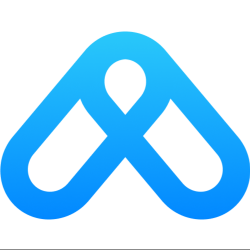 Ajay Shetty
Jun 1, 2022
This is the first blog in our “Life & Work at Arcana” series where we attempt to give you a sneak peak into the lives of our team, why they…